Immerse Yourself in an Evening of Fine Dining and Murder Mystery 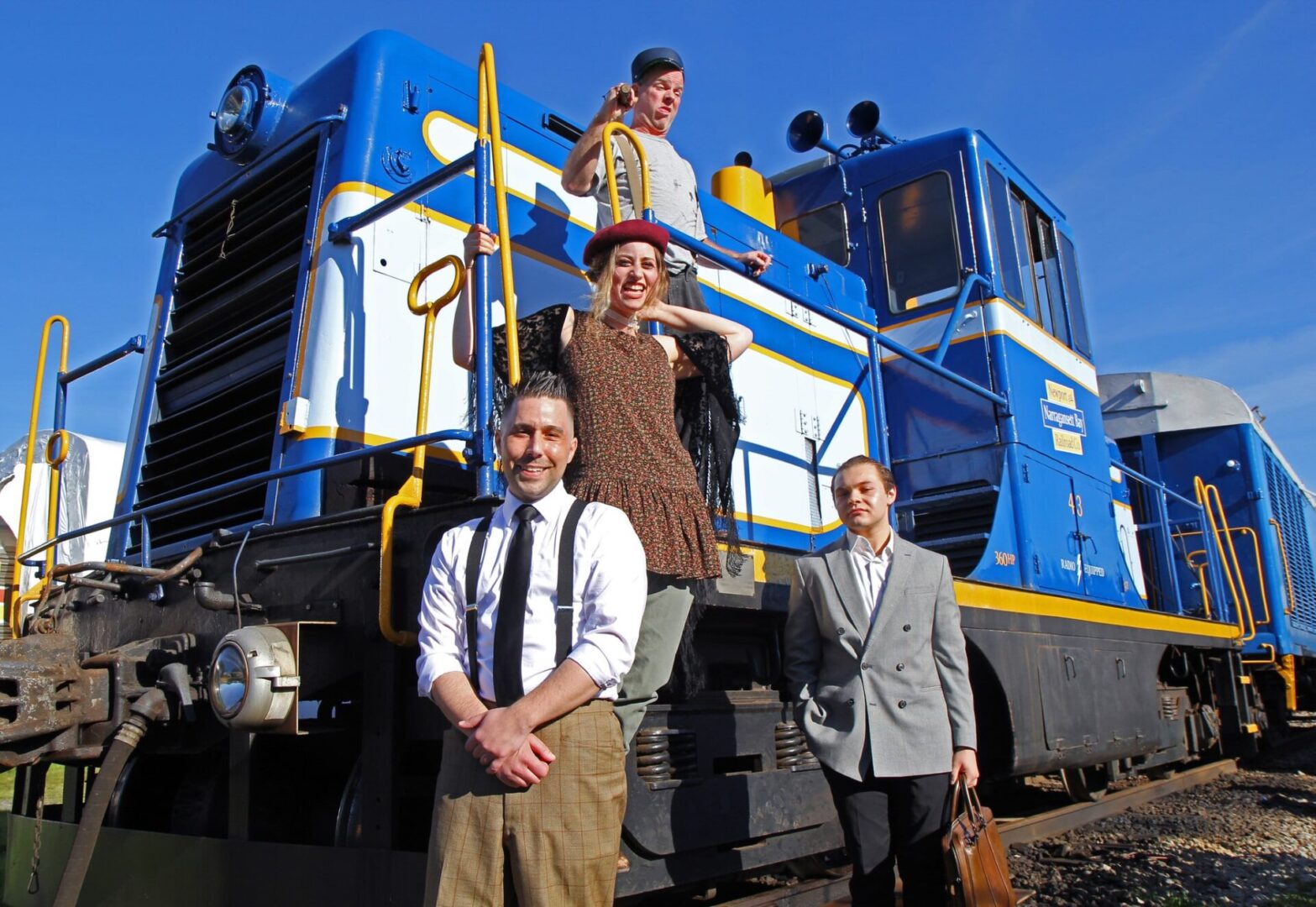 V is for Vengeance

It’s 1933, shortly after newly-elected President Franklin Delano Roosevelt has begun the repeal of Prohibition. You and other members of the New England Mafia are gathering for an evening of dinner, drinks, and dealings — and to pay your respects to the Don whose daughter, Dotty, has died. Drinks will be flowing, but don’t get too copacetic… the Don smells a rat and wants answers…or else!

Read between the lines, uncover the evidence, and keep your eyes and ears open for any foul play. And who knows, you may just find yourself cast as one of the lead suspects in this unforgivable murder. Do you have what it takes to solve the crime?

** Please Note: The Atlantic Rose is a one-of-a-kind theater dining railroad car featuring private seating with 2 guests per table seating all facing a central stage. Larger groups will be seated together, though at separate tables of 2 guests each.

Your ticket cost includes the train ride and meal.
Ticket prices start at $97.95 + tax per guest.
See our menu for complete meal descriptions
Tickets are available online and by phone:

Parties of 4 or More Guests

If you are part of a party of four or more guests that are reserving tickets separately and wish to be seated together, please let us know during the ticket reservation process. A special "Please Tell Us" box has been included for this purpose. All seats are assigned and we cannot guarantee that you will be seated together if you do not notify us when you reserve your tickets.

Host an Event on Our Train!

Give a gift they'll never forget! Gift certificates are available to commemorate a birthday, anniversary, or just as a surprise for someone special. Once purchased, you will be emailed an electronic certificate with a redemption code. Good for all trains except Breakfast and Lunch with Santa rides. CLICK HERE to purchase.